OUR INSPIRATION
In the summer of 2009, Alex Schaap was taken from us in the prime of his life in a car accident. Alex was a self-confessed “gadget junkie.” He developed a love of computers at a young age and turned this passion into a successful career. Alex’s infectious personality and love of life impacted everyone he encountered. ASCEND was founded by a group of family and friends shortly after Alex’s death. We are honoured to keep Alex’s passion for technology alive through ASCEND, a lasting legacy in his name.

We believe that with the rapid advancements in technology, computers and laptops have become a necessary part of education and career development. Yet for many in our communities, these tools can be difficult to attain and afford. ASCEND’s goal is to address this need by donating computers and other technologies to individual families and local community support agencies.

Throughout his life, Alex developed a passion for kite flying. Growing up, he could be found flying aerial stunt kites on the beaches of White Rock, B.C. The kite therefore has become the symbol of ASCEND. With access to technology, individuals can soar to new heights to reach their educational potential.

OUR MISSION
To improve the educational outcomes for families by supporting their technical needs.

We believe that in the 21st century, computers have become essential components for maximizing one’s educational potential. We also recognize that poverty and other socio-economic obstacles can become prohibitive factors in this regard. Our goal therefore is to provide computers and technical support to families nominated by local not-for-profit organizations and to support existing support services with their ongoing technical needs.

OUR VISION
Our vision at ASCEND is a world in which everyone has access to the necessary technology for educational advancement regardless of their financial situation.

Board of Directors: Comprised of a group of Alex’s friends and family who are committed to realizing the ASCEND vision.

ASCEND relies on a volunteer board of directors made up of six Calgary professionals.

Jason Kupery is the Director of Learning at Palliser Regional Schools and was a close friend of Alex’s for many years. Jason has a strong heart for community service, and is deeply committed to fulfilling ASCEND’s mission. Having worked in schools for nearly 20 years, Jason understands the importance of education and how it plays an essential role in one’s success.  Jason currently lives in Cochrane, Alberta with his wife and two kids.

Leona Schaap was Alex’s wife for 15 years before he died in 2009.  She currently works as the Communications Coordinator for Calgary Christian School. Leona is passionate about serving others and is committed to creating a lasting legacy in Alex’s name. She plays an important role in all aspects of the charity and is proud to watch ASCEND grow. She lives in Calgary, Alberta with her and Alex’s three kids, Madison, Annalise, and Nathan.

Ray Schaap is the owner of Four Construction Ltd., a commercial general contracting company in Calgary.  Ray and Alex were known as “Irish twins,” siblings born less than 12 months apart. Not only brothers, they were also close friends who shared many of the same interests. Ray is proud to be involved with ASCEND and is encouraged by its growth and potential. He lives in Calgary, Alberta with his wife and kids.

Chris Reitsma a retired professional baseball player, currently works as a pitching scout for the Baltimore Orioles. Chris, a longtime friend of Alex’s, played for over 12 years for a number of MLB teams, including the Cincinnati Reds, the Atlanta Braves, and the Seattle Mariners. One of Alex’s greatest life moments was watching Chris pitch his major league debut in 2001 in Cincinnati. Chris is honoured to play a role in Alex’s ongoing legacy. He lives in Calgary, Alberta with his wife and three daughters.

Darren Clark also a close friend of Alex’s, is an account executive at Axia FibreNet in Calgary, Alberta. Darren also worked for many years as a corporate account executive at Baker Hughes and Honeywell Canada. Darren is a vital member of the ASCEND team, often assisting with government and financial matters. He is proud to be part of Alex’s memory. Darren lives in Calgary, Alberta with his wife and two daughters.

Tanya Schaap works as a freelance writer, editor, and marketing consultant in Calgary, Alberta. Tanya holds an M.A. and Ph.D. in English and worked as a university instructor at the University of Calgary.  As Alex’s sister-in-law and longtime friend, Tanya is excited to be a part of the ASCEND team and is proud of its positive impact on local communities. She lives in Calgary with her husband and three kids.​​ 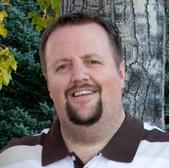