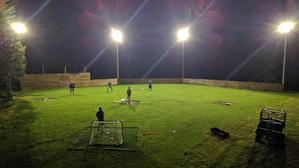 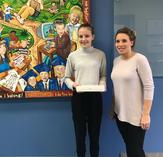 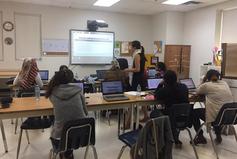 Sad news, the ASCEND Board has made the difficult decision to cancel this year’s wiffleball fundraiser in July. We are grateful for those who were willing to support us but we know this is the right decision. Donations to Ascend can still be made online - click on Donate page. We’re already receiving requests for help as these are hard times for many people. Wishing you and yours health and safety from all of us.

Our fundraising weekend was a success raising over $43,000!  Thunderstorms may have added a little excitement to the event but that didn't stop our players from a terrific 24hr game of wiffleball. Way to go!

Wiffle Ball is almost here! Planning for a great event July 13/14 with concession and fun activities for the kids. Looking forward to a lot of cheering fans! Contact us through contact tab for further details. Also, still looking to reach our goal - head over to Wiffle Ball page to donate today.

ASCEND was honoured to give a scholarship to each of these young women who will be pursuing a post secondary education in engineering and computer science. Congratulations!

Thanks to Sophia who chose to partner with ASCEND for her Grade 9 Passion Project. She was able to deliver an ipad to PREP with her fundraising efforts. Way to go Sophia!

Wiffle Ball planning is well underway. The players have been selected and the fundraising has begun. Donate towards a players individual goal or be sponsor. See details on Wiffle Ball page!

​​After a long 24hrs and 142 innings, the ASCEND Wiffle ball game was a huge success! Thank you to our players, sponsors, spectators, families and friends who helped us reach and surpass our $50,000 goal. The Board takes their role seriously and is excited for what the next year holds for our partnerships.

We are so thrilled with the great weather and attendance, the cheering, popcorn and great wiffleball, making the event so much fun. Thanks to everyone!

​​July 6, 2018
How many innings will they play this year?  Wiffleball 2018 is is almost here. Volunteers are working away to prepare for this exciting 24 hour game by mowing lawn, setting up tents and hanging sponsor banners. Hope to see you there!

ASCEND is proud to support young people in achieving their dreams for education!  We handed out a scholarship to Ben, from Calgary Christian School,  who is going on to study mechanical engineering at the University of Calgary. Board member, Tanya Schaap was able to share a little about ASCEND and following your dreams before awarding the recipient his $1000 scholarship. Best of luck Ben!

May 3 - Donation dropped off to The Narrow Road Home

Awesome visit and an awesome cause to support. It was a terrific visit at The Narrow Road Home today to deliver a cheque. Because of YOUR support, we can make a difference together.

We are hosting a 24 hr Wiffleball game again. Mark July 7 and 8 on your calendars and make plans to cheer on the players.

Today, a cheque was dropped off at PREP for projector that will be used in their multipurpose room. This replaced their 12 year old model and is used almost daily. We were happy to support them this way.

November 19 - Donations dropped off to CIWA and Sonshine

A cheque was given to Sonshine Community Services so they can purchase laptops for their resource room, allowing women to work on their school work.  A donation was also given to the Calgary Immigrant Women's Association. It was an honour to tour their facilities and see the amazing work they are doing.

Two lucky guests spent the day flying fishing and enjoying delicious food hosted by three of our Board members. This was a silent auction prize from a past ASCEND event. Add the perfect September weather and it was a recipe for a successful and memorable day. Thanks for supporting ASCEND!

August 11 - The ASCEND English Language & Computer Literacy Program
Today concluded our English Language and Digital Literacy Program. It was exciting to watch the program develop throughout the week. The instructors made amazing connections with the students and the childminders made it so much fun for the kids - even face painting on the final day! We were approached by a number of students at the end of the program, so grateful for the life-changing impact of new-found computer skills. A successful week!

July 31 - GOAL REACHED!
Thanks to veteran players Adam Stern, Mike Johnson and Jeff Francis who joined Chris Reitsma and friends at our 24 hr wiffle ball game this past weekend!  The game was well attended by family, supporters and donors, and was a huge success!  We met our fundraising goal and are so pleased with the work we are able to continue doing, while honouring Alex Schaap.  Donations are still coming in and a grand total will be announced in the coming weeks.

July 29 - Wiffle Ball Marathon underway!
First pitch has been thrown and the players are on the field, playing in the hot sun. The 24 hour game will end on Sunday at 1pm.

July 28 - Wiffle Ball Marathon about to start!
We are almost ready for the 24 hour game. The field is ready and the scoreboard is up. The players have their jerseys and now we just need you to come and cheer!

July 4  - Getting ready for 24 HR Game
The lights work! Thanks to all those who installed the lights, making sure they work and to those busy preparing. Be sure to RSVP and join us cheering on the players  on July 29-30.

June 7 - Getting the Wiffle Ball Park Ready!
Just got the light poles installed. Thanks to the awesome Fortis crew! Looking forward to hosting our 24 hour game in July.

May 26 - English and Digital Literacy Program
We are proud to report that we are working alongside Calgary Immigrant Education Society, the City of Calgary and Calgary Immigrant Women's Association for our English and Digital Literacy Program that is taking place in August!  So many great agencies in this City doing great work. Funds raised at the Wiffle Ball Fundraiser will help support this initiative.

May 8 - Fundraising Has Begun!
The roster has been set. Players have started their fundraising. Corporate Sponsorship available. You can support this event by going to the Wiffle Ball page.

March 27 - Goal Set for Wiffle Ball Fundraiser
The board of directors met together and set the goal of $50,000 being raised through the Wiffle Ball tournament.

March 12 - Family Fun Event at Glendale Community Centre
Thank you to all that came out to enjoy a hot dog, marshmallow and cake. There were many supporters of ASCEND skating and playing games. Announced the new fundraiser - Wiffle Ball Tournament on July 29-30.

I wanted to follow up and express our sincere gratitude to you and the Board of Directors at ASCEND for this generous offer. Your gift helps to fill an enormous need for in-class technology resources, and this contribution will go directly towards fostering new skills and opportunities for our newcomer clients and their families at our two schools.  Calgary Immigrant Educational Society

August 5, 2016 - ASCEND supports Patch with funding for new projectors and Internet Services
...I've seen first hand how vital technology is to the people we serve and have great hope and confidence that your partnership with Patch will profoundly impact and positively change lives. 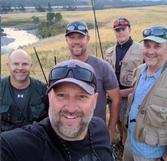